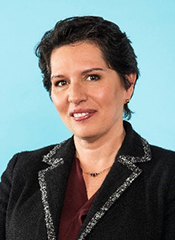 Dr. Betancourt is the Senior Vice President for U.S. Social Impact at Sesame Workshop, the nonprofit organization behind Sesame Street. She directs the development and implementation of community and family engagement initiatives making a difference in the lives of vulnerable children and their families. These research-based initiatives are designed to impact children’s early learning, health and well-being, and provide strategies and resources to counteract the effects of trauma while fostering the critical connections that adults have on children’s lives. Prior to joining Sesame Workshop, Dr. Betancourt created programs in adult learning and early childhood education at Teachers College, Columbia University. She is a licensed bilingual speech and language pathologist and educational therapist. She participates on several national and local boards and has contributed to the start of charter schools. Dr. Betancourt has a BA and MA in Speech and Language Pathology; an MS in Bilingual Reading/Special Education, and an Ed.D. in Special Education. 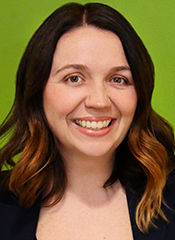 Mindy Fila is Coordinating Producer of Sesame Street at Sesame Workshop, the nonprofit educational organization behind Sesame Street. She oversees the creative direction of digital projects, short films and animations. She participates in all logistical and creative decision making for Sesame Street’s US broadcast. Fila joined Sesame Workshop in 2001. Her time at the Workshop has given her an opportunity to contribute in many roles prior to her current leadership role as Coordinating Producer, including as Associate Producer managing live-action/animated films. In addition to Fila’s production roles, she is a member of the Directors Guild of America. She has also been Assistant Director and Stage Manager for Sesame Street episodes, community outreach projects and home videos. In 2010, she was elected to serve on the Eastern DGA council. In 2014, she joined the Producers Guild of America and has won several PGA Awards for Outstanding Children’s Programming. 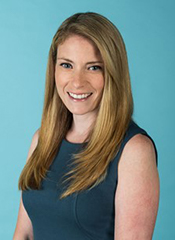 Autumn Zitani is the Senior Director of Content in the Curriculum and Content Department at Sesame Workshop, the media and education nonprofit organization behind Sesame Street. She has been with Sesame Workshop for over 15 years and is responsible for the development and implementation of Sesame Street’s whole child curriculum. In her role, she reviews, creates, and integrates educational and developmentally appropriate content across Sesame Workshop’s media platforms, such as television, digital media, outreach, and licensed products. Zitani received her Master’s Degree in Developmental Psychology from Teachers College, Columbia University.

Julia is a sweet and curious 4-year-old Muppet with autism, who debuted on Sesame Street in 2017. Julia was originally introduced in digital form in 2015 as part of Sesame Workshop’s Sesame Street and Autism: See Amazing in All Children initiative, designed to serve autistic children and their families and increase awareness and understanding of autism. Julia spreads the message that, while differences between children with autism and their neurotypical peers may seem significant, all children share something far more important: unique qualities and talents that make the world an interesting place.

Sesame Workshop is the nonprofit media and educational organization behind Sesame Street, the pioneering television show that has been reaching and teaching children since 1969. Today, Sesame Workshop is an innovative force for change, with a mission to help kids everywhere grow smarter, stronger, and kinder. We’re present in more than 150 countries, serving vulnerable children through a wide range of media, formal education, and philanthropically-funded social impact programs, each grounded in rigorous research and tailored to the needs and cultures of the communities we serve. For more information, please visit www.sesameworkshop.org.