The Federal Response to COVID-19: Addressing the Needs of the Autism and Disability Communities 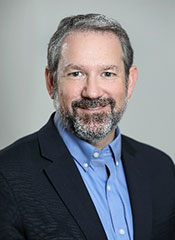 Dr. Joshua Gordon is the Director of the National Institute of Mental Health (NIMH), the lead federal agency for research on mental health disorders and conditions and has served as Chair of the Interagency Autism Coordinating Committee since 2016. As NIMH Director, he oversees an extensive research portfolio of basic and clinical research that seeks to transform the understanding and treatment of mental illnesses, paving the way for prevention, recovery, and cure. Prior to joining the NIH, Dr. Gordon was a faculty member at Columbia University’s Department of Psychiatry, where he combined laboratory-based studies examining mouse models of human psychiatric illness with clinical practice and teaching in general psychiatry. His expertise in neurophysiology has allowed him to investigate features of the neural circuitry that underlie mental health conditions such as schizophrenia, anxiety, and depression. Dr. Gordon also directed Neuroscience Education for Columbia’s Psychiatric Residency Training Program. He earned his B.A. in Biology from Washington University in St. Louis and his M.D./Ph.D. from the University of California at San Francisco. Dr. Gordon did his residency and fellowship in Psychiatry at the Columbia University/New York State Psychiatric Institute. 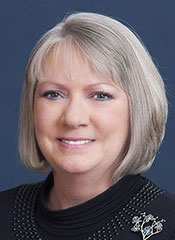 Dr. Karen Remley is the Director for the National Center on Birth Defects and Developmental Disabilities (NCBDDD) at the Center for Disease Control and Prevention (CDC). Prior to joining NCBDDD, Dr. Remley served as Senior Advisor to the COVID-19 response for the Office of the Commissioner at the Virginia Department of Health. She also worked as a Professor of Pediatrics at Eastern Virginia Medical School. Dr. Remley has served on many national committees and commissions working on public health education, health equity, and patient safety, including her roles as Chief Executive Officer of the American Academy of Pediatrics, Commissioner of Health for the Commonwealth of Virginia under two governors, Chief Medical Director of Anthem Blue Cross Blue Shield Virginia, and Chief Executive Officer of Physicians for Peace. In 2018, she served as the Inaugural Senior Fellow at the de Beaumont Foundation. Dr. Remley earned her M.B.A. from the Fuqua School of Business at Duke University, her M.P.H. at the University of Massachusetts Amherst, and her M.D. from the University of Missouri in Kansas City. She completed her pediatrics residency at St. Louis Children’s Hospital-Washington University School of Medicine in St. Louis. 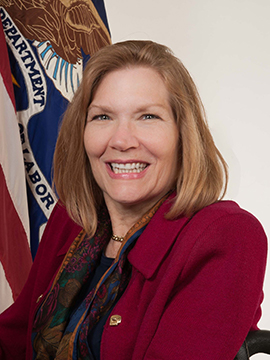 Ms. Jennifer Sheehy is the Deputy Assistant Secretary leading the Office of Disability Employment Policy (ODEP) within the U.S. Department of Labor (DOL), and she serves as a Presidential Appointee on the AbilityOne Commission. Prior to her current position, Ms. Sheehy spent ten years at the U.S. Department of Education (ED) in a variety of roles, including Acting Director of the National Institute on Disability and Rehabilitation Research, Acting Deputy Commissioner of the Rehabilitation Services Administration, and Special Assistant to the Assistant Secretary of the Office of Special Education and Rehabilitative Services. Ms. Sheehy came to the ED from the Presidential Task Force on Employment of Adults with Disabilities, where she was Senior Policy Advisor and served a detail as Associate Director in the White House Domestic Policy Council. Before she joined the task force staff, Ms. Sheehy was Vice President of the National Organization on Disability and Director of its CEO Council. Ms. Sheehy earned a B.A. from Cornell University and graduated with honors from Georgetown University, where she received her M.B.A. 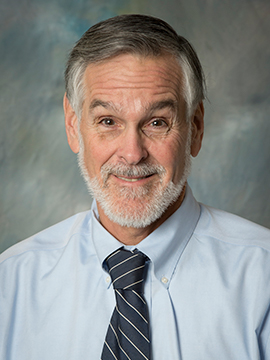 Dr. Larry Wexler is the Director of the Research to Practice Division in the Office of Special Education Programs (OSEP) within the U.S. Department of Education (ED). In this role, he manages the $260 million Individuals with Disabilities Education Act (IDEA) discretionary grants program. He has served in several roles at OSEP, including project officer, Deputy Director of the Monitoring and State Improvement Planning Division, and Associate Division Director responsible for OSEP's National Initiatives Team. Before coming to ED, he served as a teacher of students with significant disabilities, principal, State Specialist for Intellectual Disabilities, Chief of Staff for the State Director of Special Education, and Director of State Monitoring. He has represented ED on the Council of UNESCO's International Bureau of Education and led UNICEF-sponsored delegations to South Africa and Lesotho. He also represented ED on the Interagency Autism Coordinating Committee (IACC) and serves as ED’s policy expert on restraint and seclusion. Dr. Wexler holds a M.A.T. with a concentration in intellectual disabilities from Howard University and an Ed.D. with a concentration in severe disabilities from the Johns Hopkins University. 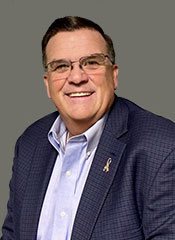 Mr. Chris Banks is the President and Chief Executive Officer of the Autism Society. He has a comprehensive background in human services and the healthcare arena, where he has had a successful record of increasing fundraising efforts, improving revenue strategies, and committing to diversity and cultural growth. Most recently, he served as Vice President of Development and Community Engagement at Charles E. Smith Life Communities, where he provided leadership in the development, implementation, and evaluation of all philanthropic and community engagement efforts. Mr. Banks has an M.B.A. in Finance from Manhattan College and a M.S. in Human Resources Administration from the University of Scranton. 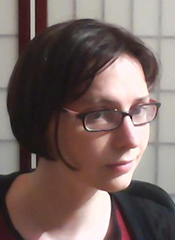 Ms. Sam Crane is the Legal Director at the Autistic Self Advocacy Network’s (ASAN) national office and an autistic self advocate. She previously served as staff attorney at the Bazelon Center of Mental Health Law, focusing on enforcing the right to community integration as established by the Supreme Court in Olmstead v. L.C. She was also an associate at the litigation firm Quinn Emanuel Urquhart & Sullivan, LLP, where she focused on patent and securities litigation. From 2009 to 2010, Ms. Crane served as law clerk to the Honorable Judge William H. Yohn at the U.S. District Court for the Eastern District of Pennsylvania. Ms. Crane has served on the Interagency Autism Coordinating Committee (IACC) from 2015-2019). She is also a Board Member of Not Dead Yet, a nonprofit dedicated to opposing disability discrimination in medical and end-of-life contexts. Ms. Crane earned her J.D. from Harvard Law School in 2009, where she graduated magna cum laude. Ms. Crane also holds a B.A. in Psychology, with high honors, from Swarthmore College. 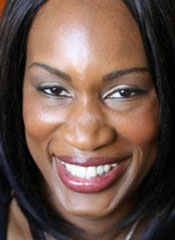 Mx. Morénike Giwa Onaiwu (she/they) is an autism self-advocate and parent of several children including an autistic son and daughter. An educator, social scientist/activist, and consultant whose work focuses on disability justice, intersectionality, meaningful community involvement, human rights, and inclusion. Mx. Giwa Onaiwu formerly served as the Co-Executive Director of the Autistic Women & Nonbinary Network and has served on numerous national and global committees including consecutive terms chairing NIH and HRSA-funded collaborative workgroups. Mx. Giwa Onaiwu is an award-winning public speaker and writer who has written for and/or been featured in numerous articles, books, and other traditional and digital platforms, often drawing from both professional knowledge as well as personal experiences as a late-diagnosed autistic non-binary woman of color and an autistic parent of autistic and non-autistic children in a multicultural, serodifferent, neurodiverse family. Mx. Giwa Onaiwu earned an M.A. in Special Education with a concentration in autism and developmental disabilities from the University of Texas Permian Basin in 2014 and is currently pursuing a Ph.D. from DeMontfort University.

Founder, The Color of Autism Foundation 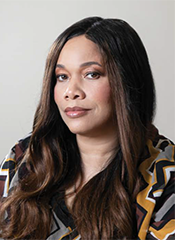 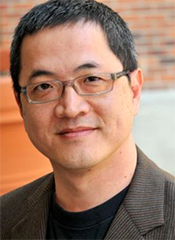 Dr. Andy Shih joined Autism Speaks in 2006, after its merger with the National Alliance for Autism Research, where he served as chief science officer. As Senior Vice President of Public Health and Inclusion, Dr. Shih and his team support ministries, government agencies, and leading nongovernmental organizations in more than 70 countries to deliver better outcomes and quality of life for tens of millions of individuals and families. The team aims to help address knowledge and health disparities that slow progress for the majority of individuals and families affected by autism and developmental disabilities worldwide. After the World Autism Awareness Day resolution was passed at the United Nations in 2008, Dr. Shih led the development of the Global Autism Public Health (GAPH) initiative. GAPH provides technical support to governments worldwide to enhance autism awareness, advocacy, research, and services. Their research has contributed to the development and dissemination of innovative approaches to enhance autism and developmental disabilities services in low-resource communities. Dr. Shih holds a Ph.D. in Molecular Cell Biology from the New York University School of Medicine, and his research background includes published studies in gene identification and characterization, virus-cell interaction, and cell-cycle regulation. 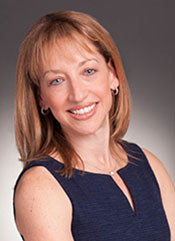 Ms. Alison Singer is the Co-Founder and President of the Autism Science Foundation (ASF), a nonprofit organization launched in April 2009 to support autism research. ASF supports autism research by providing funding and other assistance to scientists and organizations conducting, facilitating, publicizing, and disseminating autism research. Ms. Singer is the mother of daughter with autism and legal guardian of her adult brother with autism. From 2005-2009, she served as Executive Vice President and a Member of the Board of Directors at Autism Speaks. Ms. Singer serves on the executive boards of the Marcus Autism Center at Emory University, the Yale Child Study Center, the Seaver Autism Center at the Icahn School of Medicine, and the Autism Research Center at the University of North Carolina at Chapel Hill. She also serves on the external advisory board of the Center for Disease Control and Prevention (CDC)’s Center for Birth Defects and Developmental Disabilities and on the board of directors of the International Society for Autism Research (INSAR). Ms. Singer served as a public member on the Interagency Autism Coordinating Committee from 2007-2019. Ms. Singer graduated magna cum laude from Yale University with a B.A. in Economics and has an M.B.A. from Harvard Business School.