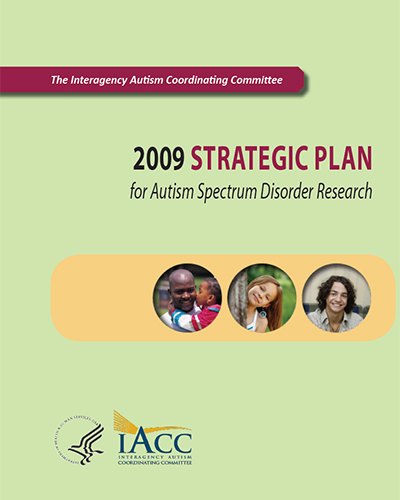 A child's primary caregivers are often first to identify the signs of ASD. In the classic case, there may be delays or plateaus in a child's attainment of developmental milestones, such as the onset of speech and pretend play. In other cases, the first signs of ASD occur in young children who appear to regress after they seem to have been developing normally. Current diagnostic criteria and classifications of ASD represent progress in identifying a core set of developmental symptoms that, in the past, might have been attributed to other disorders because of more narrowly defined ASD evaluation criteria. Read more.

Researchers, clinicians, and families have long posed questions about the possible biological bases of ASD. Clinicians classify ASD as a developmental brain disorder based on the behavioral features required for diagnosis. Little evidence exists, however, for a specific neurological abnormality beyond reports of an exuberant and transient pattern of brain or head growth (Akshoomoff, Pierce, & Courchesne, 2002; Dawson et al., 2007; Hazlett et al., 2005). While many scientists believe that the behavioral features of ASD result from atypical brain wiring or connections in synapses, they have not reached a consensus on a specific neural variance associated with ASD. Read more.

Question 3: What Caused This to Happen and Can This Be Prevented?

As with many complex disorders, causation is generally thought to involve some forms of genetic risk interacting with some forms of non-genetic environmental exposure. The balance of genetic risk and environmental exposure likely varies across the spectrum of ASD. The greatly increased concordance of strictly defined autism in monozygotic (identical) twins (70 - 90%) compared to dizygotic (fraternal) twins (0-10%) argues for the importance of genetic factors (Bailey et al., 1995; Steffenburg et al., 1989). Read more.

Although autism is defined and diagnosed by deficits in core behaviors, accumulating evidence suggests that the breadth of this disorder extends well beyond the behavioral diagnosis. There is increasing recognition that the multiple systemic issues in autistic children may influence vulnerability, onset, and severity of symptoms and behaviors. The systemic component of autism supports the possibility that both the core behaviors and medical issues have a convergent mechanistic basis that if identified, could provide new insights into treatment targets, candidate genes, and strategies for prevention. Read more.

Discovery of new diagnostic tests and efficacious interventions is necessary but not sufficient to reach the bold vision for this Strategic Plan. To fulfill the mission to "profoundly improve the health and well being of every person on the autism spectrum across the lifespan," scientific discoveries must be implemented in clinical practice and supported by public policy. The gap between knowledge and action can only be overcome by an aggressive focus on engaging families and the services community in the research process, disseminating research findings into the community, eliminating barriers to services and helping people and families identify which services are needed. Read more.

Question 6: What Does the Future Hold?

An overarching goal of ASD research is to enable people with ASD to lead fulfilling and productive lives in the community. We are in critical need of information about the current landscape for adults with ASD. Longitudinal studies designed to capture the range of possible outcomes for adults with ASD are best suited to inform public policy decision-making, service and support delivery, and funding strategies. Also it is important is to improve public understanding of ASD in adults, including older adults, so that they may receive support from communities to help them lead fulfilling and productive lives. Read more.