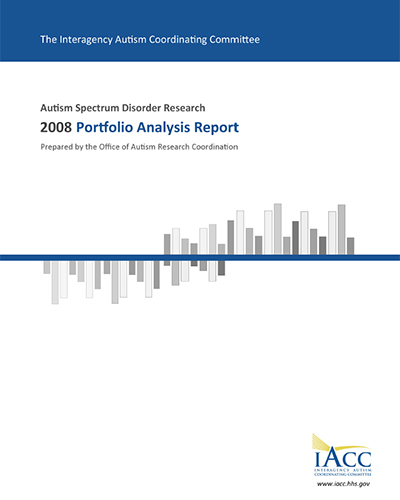 Table of Contents | Introduction | Appendices
What was the basic breakdown of funding?

The 13 stakeholders that funded ASD research in 2008 contributed a total of $222,215,342 across 745 projects (Table 2). The average funding per project varied greatly between organizations, ranging from $24,643 to $2,030,264, with some organizations choosing to support a few large projects while others distributed funds across several smaller projects. The National Institutes of Health (NIH) contributed the largest amount of research funding in 2008, spending $117,969,770 on 340 projects, followed by the Simons Foundation with 77 projects totaling $42,985,684. Autism Speaks ranked third with $30,828,116 spent across 200 projects. In the split between Federal and private funding, the Federal government supported about two-thirds of the total research budget, while private organizations funded the remaining one-third (Figure 1).

*Research projects included are those identified by the agencies and organizations as funded in the most recent 12 months for which data were available. The NIH project number shown reflects unique NIH projects. Projects funded by more than one NIH institute ("co-funds") were combined and only counted as a single project. This approach differs from that used in the NIH RePORTER system, where each co-fund is counted as a separate project.

Comparison of Federal versus Private Funding for ASD Research in 2008