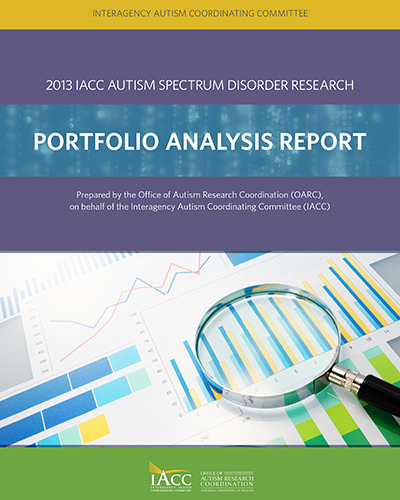 Ten Federal agencies and eight private funders provided their autism funding data for this analysis. These 18 agencies and organizations are listed in Table 1. The Patient-Centered Outcomes Research Institute (PCORI) is a new private funder submitting ASD research to the IACC Portfolio Analysis. PCORI was authorized by the Patient Protection and Affordable Care Act of 2010 to fund comparative clinical effectiveness research to help inform healthcare decision-making. Some funders included in previous years' Portfolio Analysis Reports either did not have projects to report in 2013 or did not choose to participate in this year’s analysis. Brief summaries of the mission areas and portfolios of the different Federal agencies and private organizations included in this analysis appear in Appendix A.

Agencies and Organizations Included in the 2013 IACC Portfolio Analysis

* The DoD Autism Research Program and Air Force reported as two separate entities for the purpose of this Portfolio Analysis.

How much ASD research was funded in 2013?

Combined, the estimated Federal and private investment in ASD research in 2013 was $305,580,132. While overall funding for autism research decreased by $26 million from 2012 to 2013, the proportion of Federal and private funding remained relatively constant over this period, with the proportion only shifting by roughly 2% from Federal to private since 2012. In 2013, the Federal government provided 76% ($232.6 million) and private organizations provided 24% ($72.9 million) of the total funding for ASD research (Figure 3). 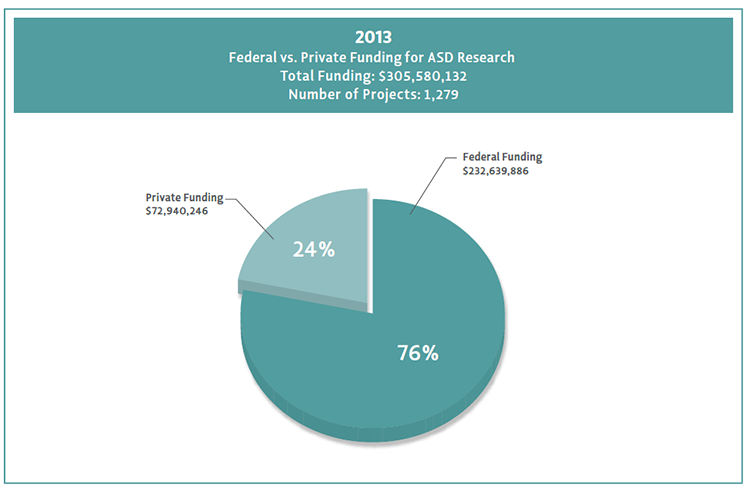 What funding trends were observed? 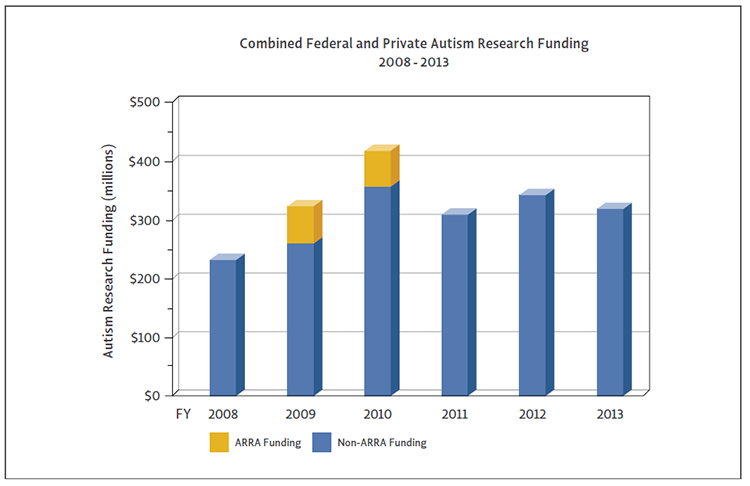 Figure 4. This figure illustrates levels of autism research funding from combined Federal and private sources during 2008-2013 based on data collected for the IACC Portfolio Analysis of those years.

Where is research being funded in the U.S.?

Figure 5 shows the distribution of autism research projects across the U.S. funded by both Federal agencies and private organizations in 2013. The map shows that research is concentrated along the east and west coasts of the U.S. and in major metropolitan areas or areas with large universities in the middle portion of the country. Table 2 also provides some additional information about the institutions and states that had a large number of projects in 2013. 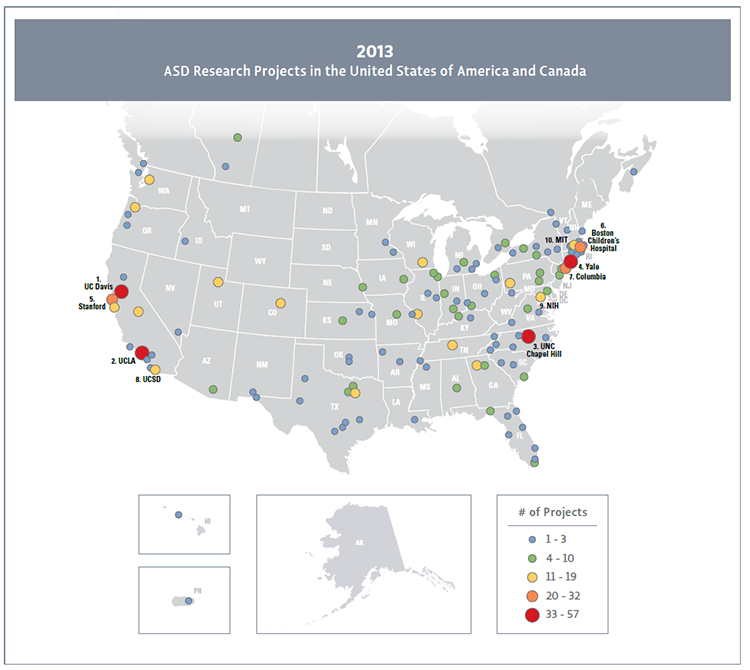 Figure 5. A map of the U.S. and Canada displaying the distribution of autism-related research projects funded by Federal agencies and private organizations.

Which U.S. institutions received the most autism research funding in 2013?

Which states received the most autism research funding in 2013?

Table 2. Institutions and states with the most ASD-related research funding from Federal and private sources in 2013.

How much ASD research funding did each funder provide in 2013?

The National Institutes of Health (NIH) was the leading Federal (and overall) contributor of funding for ASD research in 2013 with a total of $175.9 million, funding 410 projects. NIH funding for autism research decreased by $14.7 million from 2012 to 2013; the agency experienced a $1.7 billion reduction in overall budget during the same period. The next largest Federal funder in autism research was the Department of Education, with $22.7 million, followed by the Centers for Disease Control and Prevention (CDC), with $16.1 million. The Department of Education experienced a $6.8 million decrease in funding from 2012 to 2013, while CDC funding in autism research stayed the same. As in previous years, the Simons Foundation and Autism Speaks were the largest private funders of ASD research in 2013, with investments of $50.4 million and $18.6 million, respectively. The percentage of overall ASD research funding provided by each agency is depicted in Figure 6.

*The NIH project number shown reflects unique NIH projects. Projects funded by more than one NIH institute (“co-funds”) were combined and only counted as a single project. This approach differs from that used in the NIH RePORT database, where each co-fund is counted as a separate project.

**The annual funding amount for some projects reported by AHRQ and HRSA are prorated estimates for the autism-related portion of a larger project./p>

Table 3. The table lists the total funding and number of projects provided by the 18 Federal agencies and private organizations included in the 2013 Portfolio Analysis. Together, the agencies and organizations funded 1,279 projects in 2013, representing an overall investment of $305,580,132. 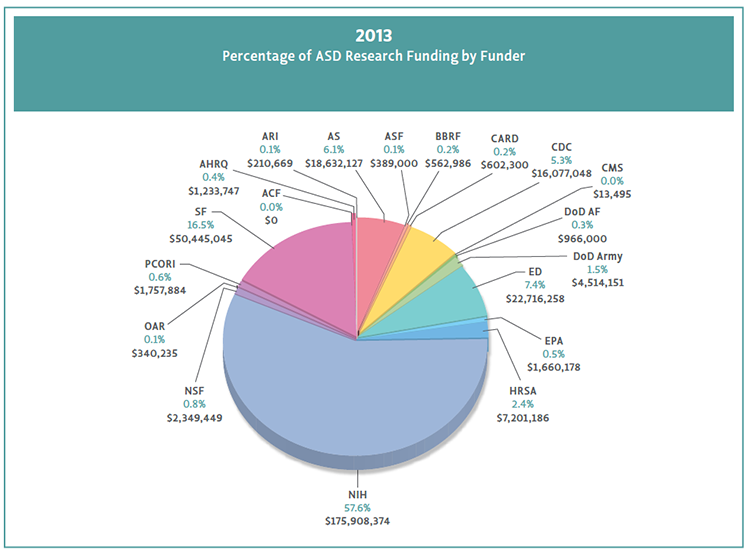 Summary of ASD Research Funding in 2013

As outlined in this section, numerous Federal and private funders invested in ASD research conducted across the country in 2013. Funding for the overall autism research portfolio decreased 8.0% from 2012 to 2013, with Federal funding falling 10.6% and private funding growing 1.6%. Over the six-year span from 2008-2013, funding increased by 38%, suggesting continued overall growth in support of ASD research.