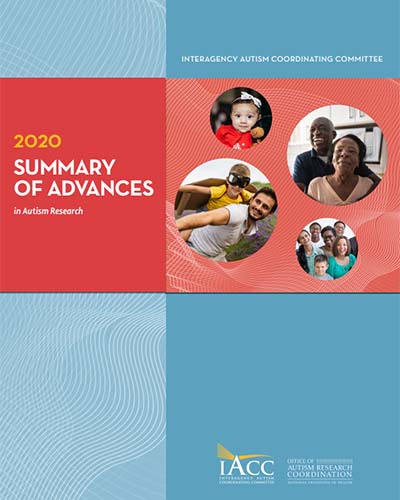 Infants who develop autism are more likely to have sleep challenges in the first year of life and show differences in brain development.

Background: Sleep during the first few years of life is critical for brain development. Sleep challenges have been well-documented in children with autism—with research showing difficulties in falling or staying asleep, reduced sleep duration, and increased night awakenings. Differences in certain brain regions, such as the hippocampus, amygdala, thalamus, and basal ganglia, have also been associated with both ASD and sleep problems. However, no previous studies have examined the link between poor sleep and early brain development in ASD.

Methods & Findings: This study sought to characterize differences in sleep behavior between infants who later develop ASD (N=71), infants who do not develop ASD but are at higher likelihood due to having an older sibling with ASD (N=234), and infants with no family history of ASD (N=127). Parents completed a survey that contained questions such as, "When going to sleep at night, how often did your baby have a hard time settling down to sleep?" Results showed that, in comparison to infants in the other two groups, those who developed ASD had greater difficulty settling to sleep at the beginning or in the middle of the night (i.e., sleep onset problems). Across all groups, infants who had problems falling asleep at 6 and 12 months of age showed reduced social communication skills by 24 months of age. The researchers also found that difficulty with sleep onset was associated with increased volume in the hippocampus between 6 and 24 months of age in the infants who later developed ASD.

Implications: This study contributes new insight about infant sleep behavior and early brain development. The researchers discussed other findings that suggest sleep plays a specific role in processes that occur in the hippocampus, such as learning and memory consolidation, and that this brain region is particularly sensitive to inadequate sleep. Together, these findings indicate a relationship between infant sleep, early brain development, and neurodevelopmental disorders that may lead to targeted interventions for sleep difficulties in infants at higher likelihood of developing ASD.

Improvement in IQ does not consistently reduce challenges faced by children on the autism spectrum, but mainstream school attendance is associated with better outcomes.

Background: ASD is associated with cognitive, social, communication, sensory, and behavioral differences that evolve across the lifespan. One critical milestone is the transition from adolescence into adulthood, when important decisions are made in terms of education, employment, and independent living. However, little is understood about the trajectory of autism characteristics from early childhood into adulthood. Some previous studies have found that patterns of IQ and autism symptoms are related to outcomes in employment and independent living, but overall, research findings on the trajectory of IQ in autism over time are mixed.

Implications: Although previous studies have indicated that higher IQ is associated with improved autism symptoms and better outcomes over time, the results of this study found no such association. The finding of an association with school placement suggests that there may be an underlying mechanism in how IQ affects autism symptoms over the lifespan. Studies of developmental behavior and genetics have highlighted an important link between the environment and IQ. Mainstream schools may provide greater opportunities for different experiences and interactions that might mediate IQ and autism outcomes. This study provides novel insights into the mechanisms that may contribute to autism outcomes in adulthood and suggests potential pathways to interventions for older children with autism.